Exploring The ‘Queen Of Hills’ Shimla

Shimla is blessed with natural beauty. From archaic British monuments to fragrant apple orchards; rich indigenous goods to Tibetan markets, hiking trails to deep forests, Shimla is a popular crowdy destination all year, and the ‘Queen of Hills’ indeed. The town usually receives snowfall in December fulfilling your dream of a white Christmas! But shimla can be visited all year round. However, the most ideal time to experience this gem of the Himalayas is from March to June and September to December. The weather during this period is pleasant enabling you to explore the valley extensively.

The Christ Church on Mall Road against a stunning backdrop of snow-capped peaks is probably a global identifier of Shimla, but there is a lot more to the hill station.

1.Gorton Castle in Shimla is a popular site of attraction among visitors. The building was constructed by the British using the Neo-Gothic style of architecture during the colonial era. The castle balconies are adorned with intricate zari work and are the main highlight of the building.

The castle was engulfed by flames during a fire in 2014; however, the restoration work has been in full swing.

2. Rothney Castle in Shimla is significantly known as the abode of A.O. Hume,  this late 19th-century mansion is flanked by scented pine trees and oak. The interiors are lavish and elaborate with spacious reception or ball rooms and a magnificent conservatory.

The Himachal State Museum depicts the rich cultural and traditional heritage of Himachal Pradesh, Built in the mid- 19th century, the museum boasts of an impressive collection of Himachali, Rajasthani and Punjabi miniatures, traditional costumes and jewellery, delicate stone and wood carvings, and rare  photographs of Himachal temples.

The Shimla Heritage Museum is another famous site of attraction to study the culture of Shimla and Himachal Pradesh.

(i) Arguably the most prominent landmark of Shimla, the Christ Church on the eastern end of the Ridge is one of the oldest churches in North India. The Church is a fine example of neo-Gothic architecture of Victorian era. The structure is characterised by stained glass windows, a pipe organ, a huge clock tower and a rich collection of old scriptures.

(ii) Perched high up a forested peak, the Jakhu Temple is among Shimla’s most famous temples. Dedicated to the Lord Hanuman, the temple is a steep hike from the Ridge through a narrow pathway flanked by dense deodars on both sides.

Many monkeys playfully roam around the temple complex. To be cautious, ensure your valuables are packed safely in a carry bag/handbag.

The cuisine of Shimla is not very well known globally, but its unique flavors and earthiness will undoubtedly leave an everlasting impression on your taste buds.  Owing to its geographical location, the most areas have a unique and separate cuisine and flavor. Yogurt based dishes like madra are extremely popular. Chha Gosht, Aktori, Kullu Trout Fish, Siddu and Babru are other delectable specialties of Shimla. If you get a chance, do try the elaborate fare called Dham, usually cooked in weddings and functions. It is a culinary experience like no other.

(i) The Mall:  The Mall is a delight for shoppers. From antique and junk jewelry to traditional handicrafts and trinkets, the market in the Mall has just about everything. Many hand-made showpieces and crafts are also sold in the market.

(ii) Himachal Emporium:  Located on the Mall Road, this is where you’ll find the authentic touch of Himachal at pocket friendly prices. The emporium offers a wide array of indigenous products ranging from woolens to pottery items and jewelry. Genuine Kangra Silk, Kinnauri Shawls and Pashmina are some popular items sold here. You may also pick out some Himachali souvenirs from this emporium as a memory from your trip.

(iii) Lakkar Bazaar: This market is a one of its kind in the country. The key highlights are the wooden items and products- toys, vases, candle stands, kitchen pots and pans etc.

(iv) Tibetan Market: To get a peek inside the Tibetan heritage and culture, shop at the Tibetan Market. Located on the western end of the Ridge, the market is famous for Feng Shui items, antiques, hand-woven carpets, Tibetan artifacts and souvenirs. The interior by-lanes of the market are dotted by shops selling local handicrafts, Tibetan prayer-wheels and traditional Thangkas (Buddhist paintings on a cloth).

Experience the Memorable Trip of Shimla

Come and explore the cultural roots of Himachal in the ‘Queen of Hills’- Shimla!

Unlike most Indian cities, Shimla has managed to retain its unique old world charm. The hill station has managed to strike a perfect balance between its traditional values and modernization. The population is a mix of many tribes that live in a complete harmony with each other while maintaining their values and heritage. The folk dance and music of Shimla reflect its traditional roots and are slightly influenced by the medieval Europe owing to the colonialism. The festivals, notably the Summer Festival are celebrated with great flair and enthusiasm. Christmas and New Year’s celebration in Shimla are an experience like no other. 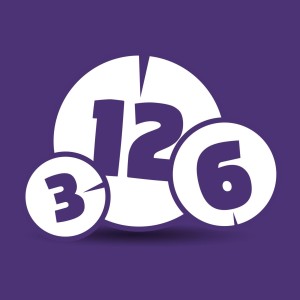 Sex At Hourly Hotels: 4 Tips To Spice It Up

Hotel Rooms Are Stress-Busters, If You Know How To Use Them Right